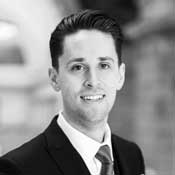 Digital innovation has swept the field of advertising which has led to many businesses overlooking traditional promotional methods such as billboard marketing.

Outdoor billboard marketing is still a valuable marketing technique and can help your brand meet its goals. An effective billboard marketing strategy offers a unique reach. It can support and complement the awareness you raise by additional online and offline advertising activities.

The 24-hour presence aspect of billboards underpins their effectiveness as a high reach advertising tool. Think of the latest billboard you have seen. Chances are it had an eye-catching design that ensured you looked and remembered it, despite the numerous distractions on the road.

Billboard advertising is here to stay despite digital ads being at the frontline of many marketing campaigns. Herein is a comprehensive overview of the relevance of billboard marketing today and how you can better implement it to sustain market attention.

What Are The Benefits of Billboard Marketing?

They are Highly Visible

Billboard ads command a significant deal of attention from a varied audience. This is largely because of their location in areas of very high visibility. Billboards appear in high traffic areas.

These areas include cities, busy highways, near airports, on buses, on building walls, and near arenas. A single advertisement can be viewed by hundreds, thousands, or even tens of thousands of people within a short period.

Making a comparison to digital media, your target audience has to turn on their gadgets to see the ads. For instance, if you place a social media ad, consumers will have to use the platform first and browse to encounter the ads targeting them.

It doesn’t require any preparations to be the audience of a billboard. You need to be within viewing distance of the medium, thus proving the effectiveness of billboard advertising.

Billboard advertising is an excellent tool if you seek to raise awareness for your business, establish brand identity, and solidify your brand reputation. Consistent high visibility helps with consumer recall.

Billboards help promote your ad message to an unspecified comprehensive audience. However, you still have access to a considerable degree of customization and targeting. Many marketers tend to assume that there’s just one form of billboard advertising.

The truth is there are a variety of choices, of which you can select the ones that resonate with your business and target audience. Below are some different types of billboards:

Newer technology and styles ensure that you can carefully select billboard types to match your advertising needs.

Billboards are Always On

One of the greatest advantages of billboard ads is that they are displayed for days, weeks, and months at a time. More importantly, they will be visible 24 hours a day.

This makes billboard ads stand apart from other traditional advertising mediums (TV and radio), which run less frequently. Other mediums are also embedded between ads from your competitors.

This always-on nature of billboard ads means that some consumers will encounter your ad multiple times a day. This consistent visibility ensures viewers develop a memorable impression of your brand. This characterizes the marketing rule that prospects have to be exposed to your brand messages multiple times before they are influenced to make a purchasing decision.

Billboards are everywhere. In the US, there are about 350,000 billboards. This means that you have the option of selecting locations where the traffic will include a significant percentage of the target audience.

This makes it easier for you to reach a specific consumer group you market your products or services. For instance, let’s say your product targets people residing in the countryside (like farmers).

You can purchase billboard ad spots along the routes where your target audience pass by or drive by regularly. In this case, it’s the highways. If your product or service targets the working class, you can purchase spots along commuting routes, including building walls, buses, or bus/train stations.

They are Difficult to Ignore

Unlike online display ads, remarketing, and TV ads, billboard ads are hard to ignore. The mere size of billboards makes sure of this.

You cannot turn off or “skip” a billboard when it appears in front of you. When you place your billboard ad in a prominent spot and feature an eye-catching design, passing consumers can’t help but notice your ad as they go about their activities and routes.

To many people, billboard ads stand out even when compared to online ads because you can’t look away. Recent research indicates that 71% of Americans look at billboard messages consciously while driving.

This is particularly helpful if you seek to target the younger generations. Millennial and Generation Z consumers are notoriously averse to ads.

These consumers tend to scroll past ads in less than a second. This challenge is becoming increasingly harder to address, and a smart billboard advertising strategy may help your brand do just that.

They Help With Brand Awareness

The ability of billboards to increase online traffic is somewhat limited. What billboards excel at, however, is increasing your brand awareness. Most passers-by will see your billboard ad multiple times.

As such, they will tend to remember your brand. This is more so if specific design aspects stood out in your ad. When you use catchy, memorable slogans or graphics on your ad, it offers an excellent way for prospects to learn about your brand.

When the prospects later want to make a purchase, they will recall seeing your billboard ad. You will have ingrained your brand in their minds. This is because many viewers find billboards

They Have a Wide Demographic Reach

Your business can reach a broad scope of consumers with billboard marketing. It ensures that consumers of varied demographics view your ad.

This form of advertising is unique because it presents your ad to the maximum number of consumers without exerting great effort.

Instead of spending advertising funds on different ads, you can reach many target customer groups with single ads. Also, it eliminates the need to conduct research on niche markets to target. By utilizing smart billboard ads, you can touch potential customers in domains you didn’t even think of.

The unique design and strategic location of a billboard is pivotal in facilitating sales and converting your audience into customers. For instance, if someone driving by sees your ad and needs to purchase the advertised product, it’s easier for them to drive to your nearest establishment offering the product.

You can purchase space near your business’ brick and mortar stores to influence in-store traffic. An example of a brand that uses this to a significant effect is McDonald’s.

You can also use billboards to target areas with particular socio-economic statuses with messages geared towards the particular group of consumers. Also, billboard ads can help increase your online sales.

Anyone can visit your website when you place it strategically on the billboard. The Arbitron Nation In-Car Study revealed that 28 % of drivers noted a website address on a website. It is safe to assume that the percentage is even higher when you factor in pedestrians.

Billboards Stay in Style and Appeal to All Ages

Billboards are here to stay despite the newer forms of advertising. People will always walk, jog, cycle or drive to run errands or work.

As such, consumers will always be a target market for your billboard ads. Many companies today allocate a considerable portion of their marketing budget to billboard advertising.

Billboards also appeal to people of all ages, even for the younger consumers. In case you doubt the effectiveness of billboard ads to even young children, take a short drive. You will encounter many billboards advertising toys, mouthwatering foods, or even events.

Research has shown that children recognize billboard ads even before they can walk. Overall, with appropriate messaging, you can use billboards to target consumers from all age groups.

A Guide to Effective Billboard Marketing

Your Ad Should be Interesting

It's universal; people hate boring advertisements. If your billboard ad appears boring, the viewers will ignore or quickly forget about it. Your ad should trigger your audiences’ imagination, and you must include a call-to-action on the ad space.

An attractive engaging ad encourages your audience to learn more about your brand. So many ads take a vanilla approach to presenting products. The audience forgets such ads quickly. Ensure your ad is creative and surprising to create a lasting memory.

You should avoid going for shock value, and this is rather distracting. Utilize humorous and captivating images and a message that illustrates the best properties of your product or services.

Always avoid lengthy messages on the ad space. Your message must be clear and concise. Many of your viewers will be driving or moving.

As such, they have a few seconds to take in the message in your ad. Very few people will take their eyes off the road to read a lengthy statement on a billboard.

Ideally, you should aim for five words or less to convey your product or services in a meaningful way. In some cases, you can use no words beyond your brand logo/name and catchy visuals.

The letters you print on a billboard must be large enough for viewers to see from a distance. You should also select fonts that are readable to most people. The text has to be large, thick, and well-spaced apart for moving onlookers to see them and resonate with them.

Also, ensure that you go for the right color scheme. The hue of your key message should stand apart from the rest of the colors on the billboard. This helps direct the attention of the viewer towards your message.

A good tactic is to use lots of white space. People are more distracted with lots of colors on a billboard. If you use a white background, your text will be highlighted, and observers will remember it more.

Consumers today are not satisfied with interacting passively with the brands they purchase from. For this reason, including active interacting elements in your billboard ads is a plus. Fortunately, technological innovations have made this possible today.

You can turn a non-digital billboard ad into a digitally interactive marketing medium by including QR codes in your ad design. The viewers can scan these codes using their smartphones. QR codes can serve different purposes.

They can display the direction to your nearest store, they can redirect viewers to your business’ website, or they can unlock limited special offers. You can use this strategy on billboards in pedestrian areas. Onlookers can safely stop and perform these actions.

Use Relevant Visuals in your Ad

It’s essential to keep the visuals in your billboard relevant to the products or services you are offering. Present your offerings in a simple manner. Avoid the mistake of going to great lengths to produce fancy billboards that are complex and clever.

People viewing your ad have only a few seconds to see it. Nobody has the time to look at your billboard long enough to decipher some complex message in your visuals. You can create a smart and funny billboard without outputting a puzzle for your audience to solve.

Include one dominant visual element that captures the observers’ attention. Multiple elements will compete and confuse the viewer. Keep things simple and break it down to a single clear theme.

Beware of the Message Your Conveying

Before you create your billboard, one of the most crucial aspects to think about is how your target audience will react to the billboard.

You have to imagine how your viewers will respond or react to your billboard ad. In line with this, you must always aim to create ads that will generate a positive response. 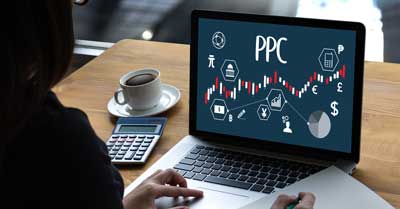 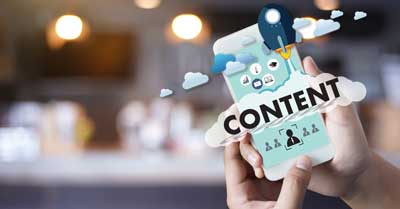 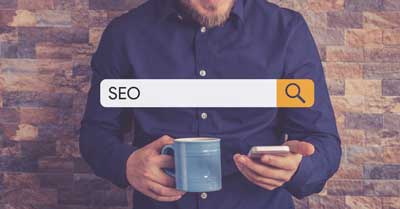